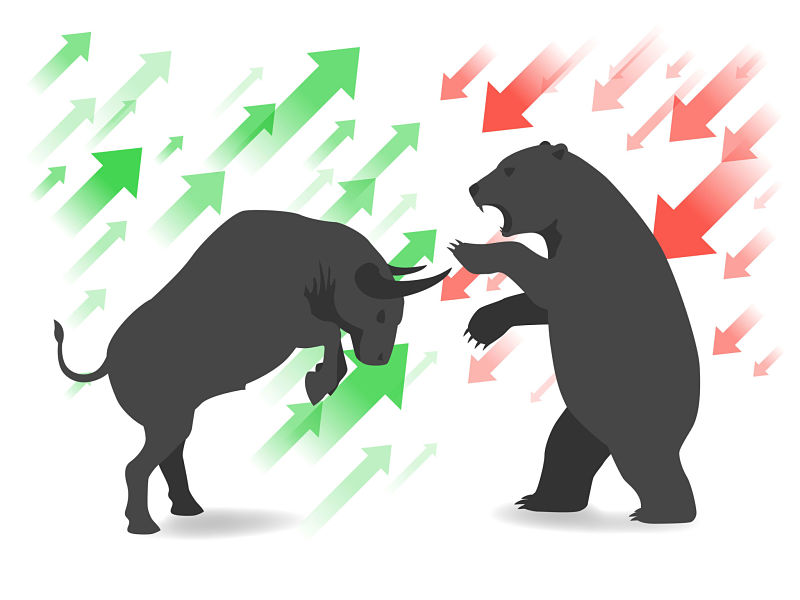 beinluck/123RF While the previous quarter’s surveys reflected market confidence after early 2019 volatility, advisors and investors are now less optimistic on most equities, though they continue to be bullish on the U.S. economy.The most popular U.S. benchmark for advisors is the NASDAQ-100 Index, with 60% of advisors bullish on the growth-focused benchmark, the survey found. Similarly, 57% of advisors are bullish on the broader S&P 500. Investors were also bullish on these two indexes. The indexes returned 3.96% and 3.79%, respectively, last quarter.Most of the movement in U.S. equities and sentiment results are the product of “big moves in technology stocks—primarily the FAANGs,” said Steve Hawkins, president and CEO of Horizons ETFs, in a release. “Companies such as Facebook and Netflix are up more than 40% year-to-date.”He said a combination of strong earnings growth and a dovish Federal Reserve provide strong support.Gold equities, as represented by the S&P/TSX Global Gold Index, were the best-performing asset class or sector covered by the surveys, with a return of nearly 13% last quarter.The optimism for gold was particularly strong among advisors. Their bullishness on producers of the precious metal grew 14% to 60% overall, with gold bullion confidence similarly growing by 10%.Investor bullishness on gold grew to a lesser degree: 7% on producers and 4% on bullion. In the previous sentiment surveys, their bullishness was already at a greater level of conviction compared to advisors.When compared to gold, bond sentiment, as represented by the U.S. 7-10 Year Bond Index, was duller for advisors. Bearish sentiment reached 48% compared to 24% last quarter. Investors, on the other hand, still saw value, increasing their bullish take by 4% and putting it just ahead of the bears.In the release, Hawkins said he expects to see interest increase in other hard assets, such as real estate, if the global trend of declining interest rates continues. The yield on five-year U.S. Treasurys is down more than 29% year-to-date.Cold on Canada and cannabisOn broad Canadian equities represented by the S&P/TSX 60 Index, only about 40% of advisors were bullish, a decline of 10%. Investor sentiment waned as well, but only by 2%. The S&P/TSX 60 Index delivered a modest 2.10% return last quarter.Despite tepidity on Canadian equities overall, advisors and investors both saw greater value in the Canadian dollar versus the U.S. dollar. While both camps were still firmly bearish, investors and advisors both increased their bullish positions in the Canuck buck by 9%.Sentiment for cannabis equities declined among both advisors and investors, as represented by the North American Marijuana Index, the performance of which fell nearly 16%.Historically, advisors and investors tend to vary when it comes to sentiment about marijuana equities, the release said. Last quarter, for example, 70% of investors were bullish on marijuana equities, compared to 47% of advisors.Heading into Q3, bullish sentiment on marijuana equities dropped to 58% for investors and 36% for advisors, representing near tandem declines of 12% and 11%, respectively. The sentiment declines came as valuations on marijuana stocks remain high, despite a retreat from bloated pricing from earlier this year, the release noted.For full results, view the advisor and investor surveys.About the surveys: Every quarter, Horizons ETFs polls advisors and investors for their outlooks on expected returns for 14 asset classes. Expectations are expressed in terms of bullish, bearish or neutral sentiment. The Q3 surveys cover the period beginning July 1, 2019, and ending Sept. 30, 2019. As the economic cycle winds down, advisors and investors are looking toward U.S. equities and gold, and are shirking Canada and the cannabis sector.These are the findings of Horizons ETFs Management Inc.’s latest advisor and investor sentiment surveys heading into the third quarter. Keywords Investment researchCompanies Horizons ETFs Management (Canada) Inc. Related news Thematic funds thrived during pandemic, but watch long-term performance: report Do investors understand their fees, portfolios? Facebook LinkedIn Twitter IE Staff Share this article and your comments with peers on social media Canadian DB plans returned 9.2% in 2020: report